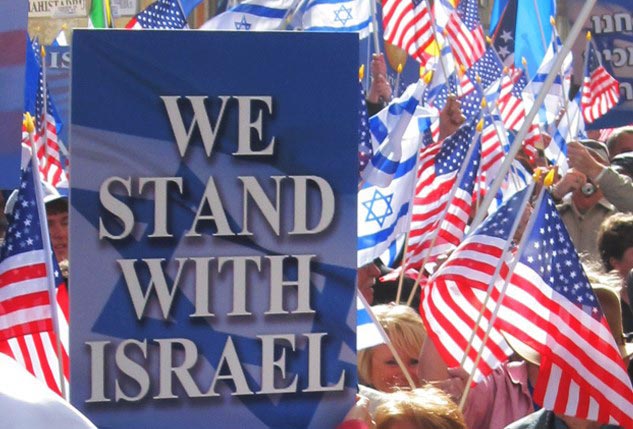 Although Christian Zionism is global and diverse, millions of Christians could embrace the seven affirmations listed here. Many of these folk are North American evangelicals, but the movement is surging in Africa, Latin America, and parts of Europe, generally wherever Evangelicalism and Pentecostalism have recently taken root and flourished.

One could be a Christian Zionist without affirming every point, but this list of seven describes the most influential branch of the movement over the last century, and might help explain the outlook of some of the most powerful people in the current U.S. administration.

1. The Church does not replace Israel.

Although Jesus’ earliest followers were all Jewish, within a generation or so they were heavily outnumbered by Gentiles. The church has been overwhelmingly Gentile ever since. But that doesn’t mean God is finished with the Jews, nor that the promises God made to Abraham’s literal descendants (Israel) have been transferred to Jesus and his spiritual followers (the church). Christian Zionist Paul Wilkinson wants there to be no confusion:

“The Church is neither the ‘new’, the ‘true’, nor ‘spiritual Israel’.”

“Scripture plainly indicates that the church and national Israel exist side by side, and neither replaces the other—ever!”

Thus, if God promised long ago that the children of Israel would dwell safely and perpetually in the promised land, it shall surely come to pass. Literally.

2. All the Land belongs to Israel.

It is hard to overstate the territorial dimension of Christian Zionism. God’s covenant promise that Israel would inherit the land was unconditional. Israel’s disobedience may incur exile from the land but never final dispossession.

Christian Zionists see God’s faithfulness to the ancient Land Promise in the 20th century migration of Jews to the Land, in the establishment in 1948 of the state of Israel, and in the seizure in 1967 of the West Bank (known to Zionists by its biblical name: Judea and Samaria) and East Jerusalem.

On May 15, 1948, a theological earthquake leveled replacement theology when nation Israel was reborn after nearly two millennia of wandering. . . . Their rebirth was living, prophetic proof that Israel has not been replaced.

Thus, when Jews today settle in Occupied Territories, they are simply claiming land that is already theirs by divine entitlement.1

The corollary to Jewish entitlement is Palestinian non-entitlement.

Many are the opponents of a nation state of Palestine. Some dismiss outright the very category “Palestinian”;2  some contend that early Zionists found the Land virtually empty;3  some contend that an Arab state next door to Israel would be unstable and expansionist.4  A Christian Zionist might agree with these arguments, but her primary opposition to a state of “Palestine” remains that it would mean assigning land to Arabs that God promised to Jews.5

If one were to suggest that Israel’s promise of a Holy Land in the Old Testament may have been fulfilled in Jesus and his Holy Community in the New Testament, Christian Zionists would cry foul. That is spiritualizing what God intended for the literal bloodline of Jacob. Moreover, they would say that the day is coming when tiny Israel (see comparisons below) will not only be secure within her present borders but will expand far beyond them to include all lands God promised Abraham. 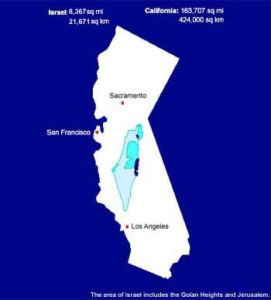 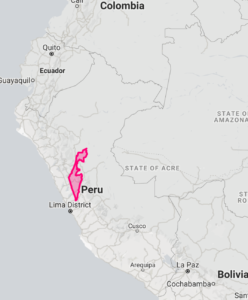 3. Israel will build a Third Temple.

Here’s a brief historical recap: the Babylonians destroyed Solomon’s Temple in 586 BCE. The 2nd Temple was rebuilt under Ezra and Zerubbabel with the blessing of Darius, and dedicated in 516. It was desecrated by Antiochus IV Epiphanes in 167 BCE, rededicated in 164 BCE, and expanded and adorned under Herod and his successors beginning in 19 BCE. Second Temple restorations were completed in 64 CE, a mere half dozen years before the Romans destroyed it in 70!6

We find hope for a 3rd Temple in Jewish traditions in Mishnah (200 CE) and Talmud (c. 600 CE)—a Temple to be built in conjunction with the coming of the Messiah. Generations of religious Jews have prayed:

May it be Thy will that the Temple be speedily rebuilt in our days.

Christian Zionists happily concur: a 3rd Temple will rise where the 1st and 2nd Temples once stood.7

4. We live in the Last Days

As noted, Christian Zionists attach apocalyptic significance to the return of Jews to the Holy Land, to the birth and stunning growth of the state of Israel, and to the capture (“liberation”) of the Temple Mount. Speaking for many Christian Zionists, John Walvoord says:

few events can claim equal significance as far as Biblical prophecy is concerned with that of the return of Israel to their land. It constitutes preparation for the end of the age, the setting for the coming of the Lord for His church, and the fulfillment of Israel’s prophetic destiny.8

Some Christian Zionists have bravely named our generation as the last to arise before Christ’s return; others more modestly contend that the end be near, that no prophecies remain to be fulfilled before the Rapture,9  and that the growing number of Jews eager to rebuild the Temple is a prophetic sign. A global battle is coming with Israel pitted against the nations. Things will get far worse before they get better.

5. The conflict between Arabs and Jews is spiritual, not political

No political pressure, no international diplomacy, no economic incentives, no treaty, no “two-state solution”—no human effort will resolve the Israel-Palestine conflict and create a just and free society for all. We should thus not ask Israel to trade “land for peace” (the U.N. formulation). Indeed, for Americans to pressure Congress, or for the U.S. to pressure Israel, for a political solution only paves the way for the lies, deception and false peace of a coming Antichrist.

Hal Lindsey’s pessimism is shared by many:

When the Jews re-established their nation in Palestine they created an unsolvable problem: they displaced Arabs who had dwelt in Palestine for several centuries. All the legal debates and logical dissertations that can be advanced will never change the basic state of hostility that exists between the Israelis and the Arabs.”10

6. God calls us to bless and support Israel

If you are looking for “Christian Zionism in a nutshell,”11  look no further than Genesis 12:3:

I will bless those who bless you, and the one who curses you I will curse; and in you all the families of the earth shall be blessed. (NRSV)

In Genesis, God makes this promise to Abraham, but it applies to Abraham’s descendants. As Scofield explains in his Reference Bible:

It has invariably fared ill with the people who have persecuted the Jew—well with those who have protected him. The future will still more remarkably prove this principle.12

The corollary is that God blesses America when America supports Israel. Should she ever withdraw that support she will face divine censure (Isa 60:12).13 At the dawn of the Ronald Reagan era, Jerry Falwell spelled this out:

God has blessed America because America has blessed the Jews. If this nation wants her fields to remain white with grain, her scientific achievements to remain notable, and her freedom to remain intact, America must continue to stand with Israel.14

When Israel’s prophets foretold the end of exile, restoration of monarchy, return of prosperity and resumption of sacrifice (e.g., Isa 66:20; Ezek 37:21-22; 43:18-27; Amos 9:11-14; Mal 3:4), this is exactly what readers should expect: Israel’s restoration will be ethnic and territorial and religious and political (as well as spiritual.15

If the plain makes good sense, seek no other sense, or you will learn nosense.

We must consistently apply the plain, normal, literal interpretation.

Are not literal Jews now literally back in the literal Land? Israel’s national rebirth is not only reason to trust Scripture; it is also vindication of a literal hermeneutic, as L. Nelson Bell, editor of Christianity Today explained in 1967:

That for the first time in more than 2,000 years Jerusalem is now in the hands of the Jews gives the students of the Bible a thrill and a renewed faith in the accuracy and validity of the Bible.16

If Israel as a nation had not been reborn, if the Jews had not returned to the land, . . . if Judea and Samaria (the West Bank) had not been settled, . . . there would be a valid reason for every person to doubt that the Word of God is true.17

Would you affirm some of them? All of them? Are you a Christian Zionist?

Your feedback is always welcome!