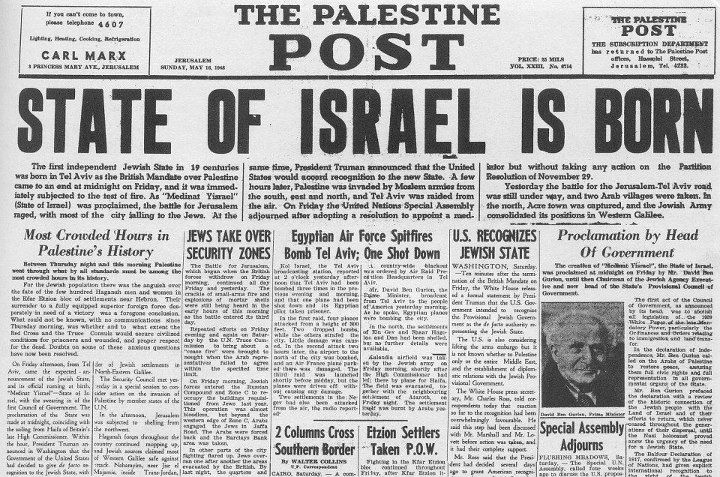 Was the birth of Israel a miracle?

I can’t count the number of times I’ve heard that Israel‘s military victory in 1948 was a miracle. How else could a handful of Holocaust survivors, blockaded by the British, defeat so vast a force of hostile Arabs from Palestine and nearby Egypt, Transjordan, Iraq and Syria? Surely God who long ago delivered Goliath and the Philistines into the hands of David Ben-Jesse has now delivered the Palestinians into the hands of David Ben-Gurion.

Indeed, for some Christians and Jews, to claim that Israel’s military victory in 1948 was an act of God is to state the obvious. Consider these remarks, by no means isolated, from the Christian group Hope for Israel:

When Israel declared itself an independent state on May 14, 1948, still another miracle occurred. The armies of seven Arab nations marched on the newborn State, boasting to “push the Jews into the sea.” Outnumbered 100 to 1, Israel not only defended itself but also won victory over additional territory. Yigael Yadin, Israel’s commander of operations in the Independence War, could only give explanation of Israel’s victory by saying, “It was a miracle!”1

If Jewish fighters were outnumbered 100 to 1, their victory would certainly qualify as remarkable.

But do these numbers hold up? How numerically (and otherwise) improbable was Israel’s victory?

Given how contested this conflict was (and is), it isn’t surprising that scholars debate some of the details.

The Palestinian population outnumbered Jews 1.3 million to 630,000, or roughly 2:1,2 and held the high ground initially, but in almost every other metric the Jews come out ahead: organization, motivation, infrastructure, war preparation, weapons production, weapons, trained fighters, command and control, and international fund-raising.

In terms of fighting strength: in the months prior to Israel’s declaration of independence in May of 1948, Jewish fighters (including reservists) numbered roughly 35,000.3 By contrast, Arab forces included small, local bands, unorganized, untrained and poorly supplied, as well as Arab recruits from neighboring countries numbering between 6,000 and 8,000.4

In other words, prior to May, 1948 combat-trained Jews outnumbered ill-equipped Arabs roughly 5:1.

Once Israel came into being as a state, and the Arab-Israeli war got under way, Arab states nearby deployed trained troops so that by the spring of 1949 Arab forces exceeded 55,000. By then, however, Jewish forces had risen to 115,000.

When the guns finally fell silent, the numerical advantage on the ground was 2:1 in Israel’s favor.

Numbers never tell the whole story; other factors shaped the war’s outcome, including centuries of Ottoman and British rule, clan and tribal loyalties, factionalism, secret agreements, corruption, misinformation, terrorism (on both sides), collaborators,5 British troop withdrawals, the aspirations of Transjordan‘s King Abdullah, shifting American policies, and other international forces (organizations, foreign governmental pressure, lobbying and diplomacy). But once again, most of these factors favored Israel. For example, by prior agreement Iraqi and Transjordanian forces never crossed the boundaries proposed by the U.N. partition plan into Israel proper .

All of this provides ample reason to question the claim that the Zionists were the underdog in the fight. If, “at each stage of the war, the IDF outnumbered all the Arab forces arrayed against it, and, after the first round of fighting, it outgunned them too,” then perhaps “the final outcome of the war was . . . not a miracle but a faithful reflection of the underlying military balance in the Palestine theater.” In other words, “the stronger side prevailed.”6

This is not to detract from the remarkable fact that the Jewish people have survived genocidal hostility over many years, culminating in the Holocaust. Nor is it to suggest that God cannot or does not work within history. At the very center of the Christian tradition to which I belong, after all, is the story of God acting, in history, to raise a Man from the grave. But that same Man reminded us that God sometimes chooses not to intervene in earthly affairs. In the Garden of Gethsemane before his arrest, Jesus prayed, “Father, for you all things are possible; remove this cup from me” (Mark 14:36) but rescue from the Romans never came. On the cross, Jesus cried, “My God, my God, why have you forsaken me?” (Mark 15:34), testimony to his anguished experience of Divine Absence. Sometimes God hides.

So, to the one who aspires to trace the hand of God in human affairs, I offer my three bits:

1. Proceed with caution and humility; you might be wrong.

2. Don’t overstate or distort the evidence. Resist the temptation to spin.

3. When the event within which you detect divine involvement is a war, consider that your best strategy might be silence. At least until you’ve spent a year or two living among that war’s wounded, displaced and orphaned civilians.

How would you define “miracle”?
Have you heard that 1948 was a miracle? How persuasive was the evidence?
Would it make a difference to you if the 1948 outcome made sense without appealing to divine intervention? 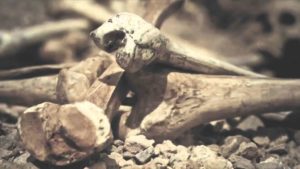 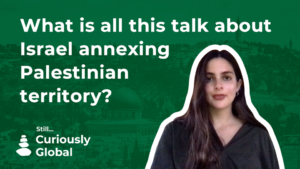 What is all this talk about Israel annexing Palestinian territory? 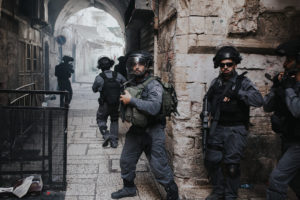