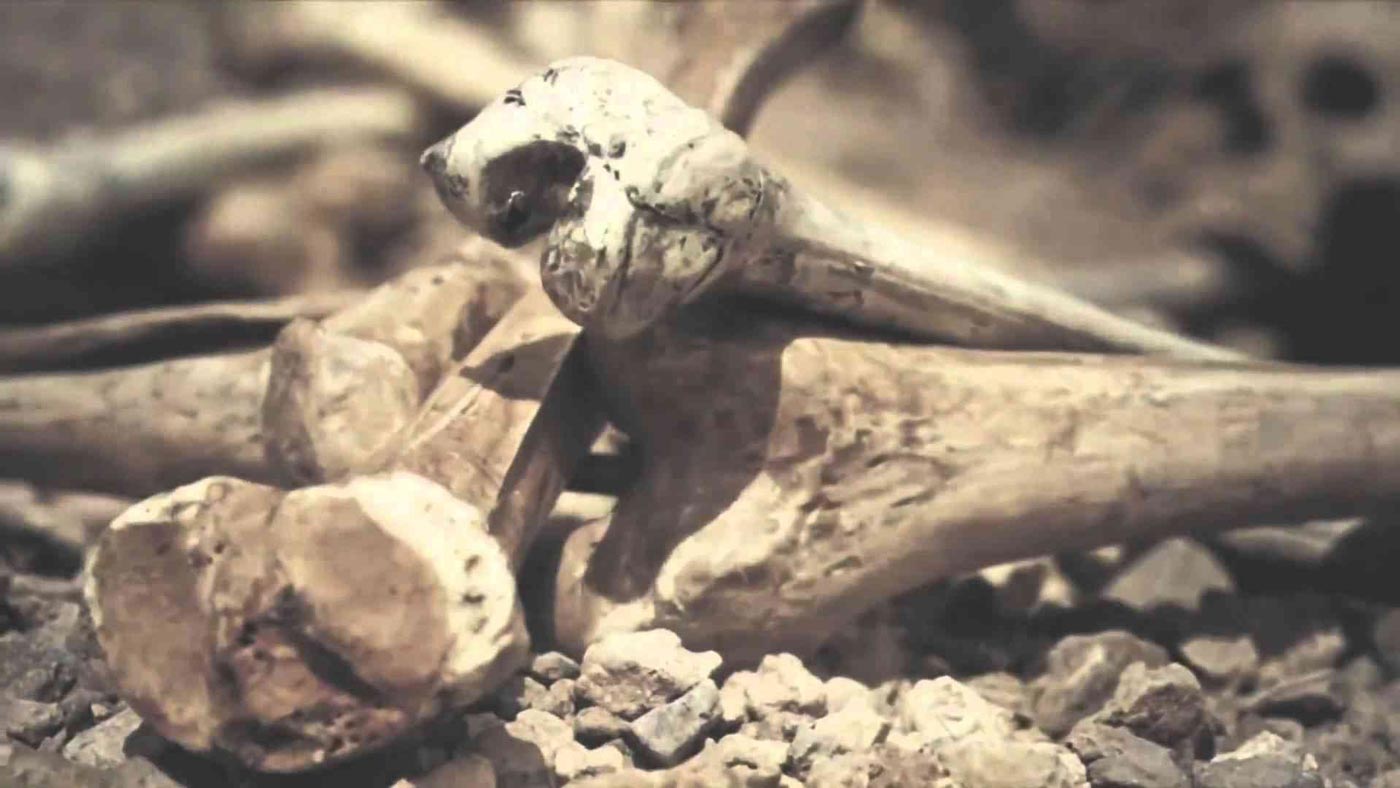 On May 2, 2017, U.S. Vice-president Mike Pence, while commemorating the 69th birthday of the State of Israel, declared biblical prophecy fulfilled: 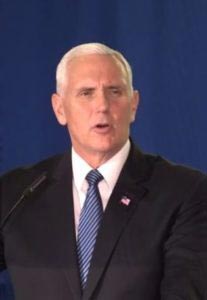 “On this day, the fifth day in the month of Iyar in the Hebrew calendar in 1948, nothing short of a miracle occurred. On that day, in the ancient and eternal homeland of the Jewish people, the state of Israel was reborn. On that day, the Jewish people’s 2000-year exile, the longest exile of any people anywhere, ended.  And on that day, a prophecy literally came to pass. And I believe in my heart that God himself fulfilled his promise to his people. The Lord God tells us in the Old Book, ‘Behold, I will cause breath to enter into  you and ye shall live.’ And Israel lives today.”

The Vice President is quoting Ezekiel 37:5, part of an oracle that foretells restoration for “the whole house of Israel” (v.11) whose state of exile was starkly depicted as a valley of dry bones.

Ezekiel was prophesying the territorial restoration of both northern and southern kingdoms, and their consolidation into one realm (vv. 15-26), ruled by one king, David (vv. 24-25), and divinely blessed by a restored sanctuary (vv. 26-28).

So, according to Vice President Pence, the birth of the modern nation-state of Israel is the God-act of which Ezekiel spoke:

“Israel is an eternal testament to the undying fortitude of the Jewish people, to the unfathomable power of human freedom, and to the unending faithfulness of God.  Indeed, though Israel was built by human hands, it’s impossible not to sense that just beneath their history lies the hand of heaven. For as God tells us in his word, speaking to his people so long ago, “I know the plans I have for you, plans to prosper you and not to harm you, plans to give you hope and a future.”

Pence’s End-Times reading of Ezekiel 37 is common coin in Christian Zionist circles, where the birth of the modern state of Israel is regarded as God’s doing. Ezekiel’s depiction of Jewish restoration pointed to something grander than what may have happened back in his day. Something more End-Timesey. Ezekiel must have looked beyond his own generation (knowingly or not) into the distant future, which turns out to be the 20th century and beyond.

The prophet Ezekiel spoke of such a time when Israel would say as a people: “Our bones are dry, our hope is lost, and we ourselves are cut off!” Yet God declared that all was not lost. At their lowest moment, He would assuredly “cause you to come up from your graves, and bring you into the land of Israel.” (Ezekiel 37:11-12)
The great miracle of Israel’s rebirth in May 1948 was that it happened just three years after the Holocaust ended. From the ashes of the Shoah, the Jewish people suddenly arose and re-established sovereignty in their ancient homeland. At their time of greatest weakness, they were empowered in a way that had alluded them for centuries, and it was nothing less than the resurrection power of God at work.

So here’s our question: did Ezekiel predict the modern nation state of Israel?

Christian Zionists can make a decent case that the Israelite return from Babylonian exile didn’t live up to the pre-return, prophetic hype. The national restoration that Ezekiel envisioned was glorious, territorial and political. It follows, they would say, that if we cannot point back to national glory in the past, we must look forward to it in the future.

Curiously, our Christian Zionists friends want to claim much more than that Ezekiel predicted Israel’s national and territorial restoration in our day. It turns out (we are told) that Ezekiel also laid out a precise sequence of restoration events–a sequence we have witnessed in modern times. Note carefully the order of events in Ezekiel’s vision:

“spiritual renewal seems to come after return to the land”

Dry bones came together before there was breath. In other words, Ezekiel foretold the fact that most early Zionists were secular (= dry, lifeless). Making the same argument is John Hagee, Christian Zionist pastor and founder of Christians United for Israel:

At the conclusion of Ezekiel 37, the nation of Israel had been physically reborn. Today they have a flag; they have a constitution; they have a prime minister and a Knesset. They have a police force, a powerful military might, and the world’s best intelligence agencies. They have Jerusalem, the City of God. They have a nation. They have everything but spiritual life.

Like the dry bones of Ezekiel 37, Israel awaits the spiritual awakening of the breath of God and the coming of Messiah. 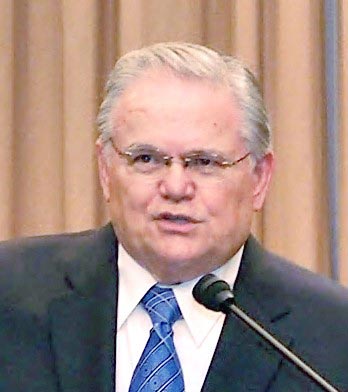 So McDermott and Hagee regard the narrative sequence in Ezekiel— first bones and sinews unite, then breath and life arrive — as predictive.

To which one might respond: isn’t this sequence pretty much required by the metaphor? (Try imagining detached, skinless bones breathing.) In which case, for Christian Zionists to argue that Ezekiel’s image of dry, rattling bones foresees the dry (or absent) spirituality of early, secular Zionism, is to over-interpret (or misinterpret) the oracle.

Maybe Christians should ask instead whether and how the earliest Christians interpreted Ezekiel’s vivid vision. What did the followers of Jesus, post-resurrection, think about a prophetic oracle that referred to:
– opened graves,
– bodily resurrection, and
– the restored rule of (a son of) David?
Might they have understood Ezekiel’s vision as a surprising preview of how Jesus’ resurrection would gather the restored people of God?

What Ezekiel envisaged as the re-animation of lifeless human remains denoted nothing less than the re-constitution of the redeemed community, the re-affirmation of the covenant, the cleansing and in-gathering of God’s scattered people, and the end of divine-human estrangement.
The connection between Ezekiel 37 and Jesus’ resurrection, then, ought to be clear. What was treated as metaphor by the exilic prophet became a concrete reality in the raising of one man. The restoration for which many Jews longed –– pictured here as the divine inspiration of dry bones –– had been achieved, astonishingly, in Jesus’ triumph over death.
. . .
If Ezekiel 37 is to be believed, then resurrection denoted the re-invigoration of the covenant community. What happened to Jesus three days after his death marked the beginning, the decisive inauguration, of that redemptive process, one that was to be consummated later.

N. T. Wright, “Resurrection and the Restoration of God’s People”

The letter to the Ephesians might also be indebted to Ezekiel’s vision, not by to a future Jewish nation-state but to a multi-ethnic community of Jews and Gentiles. Consider these words:

12 Remember that you were at that time without Christ, being aliens from the commonwealth of Israel, and strangers to the covenants of promise, having no hope and without God in the world. 13 But now in Christ Jesus you who once were far off have been brought near by the blood of Christ. 14 For he is our peace; in his flesh he has made both groups into one and has broken down the dividing wall, that is, the hostility between us. 15 He has abolished the law with its commandments and ordinances, that he might create in himself one new humanity in place of the two, thus making peace, 16 and might reconcile both groups to God in one body through the cross, thus putting to death that hostility through it. 17 So he came and proclaimed peace to you who were far off and peace to those who were near; 18 for through him both of us have access in one Spirit to the Father. 19 So then you are no longer strangers and aliens, but you are citizens with the saints and also members of the household of God, 20 built upon the foundation of the apostles and prophets, with Christ Jesus himself as the cornerstone. [Ephesians 2:12-20, NRSV] 1

If the early Christians thought the restoration Ezekiel promised was coming to pass in the resurrection life of the New Covenant community — “you were dead through the trespasses and sins . . . but God . . . made us alive” (Eph 2:1-5), how would they react to Mike Pence’s claim that Ezekiel envisioned, not the community of Jesus-followers but the modern, political nation-state of Israel?

The battle that rages for the Holy City is about territory and borders and demographics and control. It is about sacred sites and religious claims. It is also about how we read the Bible.

What do you think about Pence’s reading of Ezekiel? Do you agree that the Bible predicted the birth of the modern nation-state of Israel? What evidence persuades you?

Was the modern establishment of Israel a miracle?

Is anything important at stake in this debate?